You wanna go on a lil' ride tomorrow?  How about riding across the country from Oceanside, California to Annapolis, Maryland.  Let's make it a race, shall we?  And let's say you're going to do it by yourself (plus support crew to hand you snacks and fresh chamois creme), sleeping less than an hour a day, spending 23 hours a day in the saddle, for no more than 12 days because if you take longer than that to ride 3000 miles sea to shining sea IT DOESN'T FUCKING COUNT.  Welcome to RAAM, The Race Across America.
This is the toughest bike race on Earth.  The Tour De France crowd can't hold a candle to this.  The only two I can think of that compare are Iditabike (yes, the Iditarod Trail, on bikes, in the winter) and the Great Divide Mountain Bike Race down the spine of the Rockies.  But RAAM's pace, its mental and physical torture are unmatched by anything on Earth.  I'm not stating this as a matter of opinion, experience, or arrogance.  This race makes you insane.  The proof is in the pudding.  Solo Men start tomorrow, so pay attention.  It will blow your mind.  ---- > RAAM WILL KILL YOU.
Here's a teaser from Bicycle Dreams.
Gets weird at 1:50.

Posted by Crazy Uncle Larry at 9:54 PM No comments: 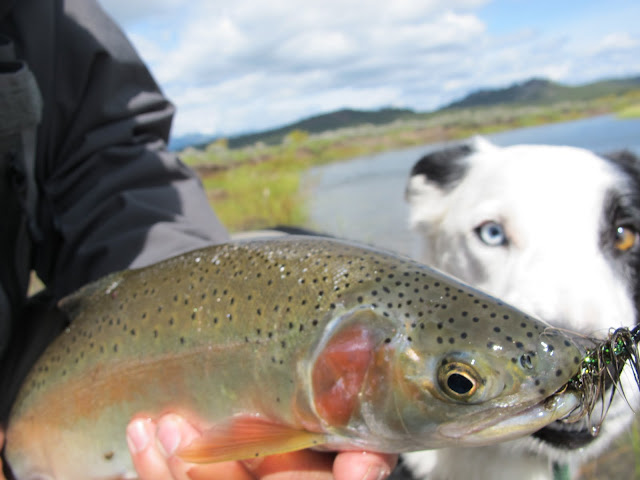 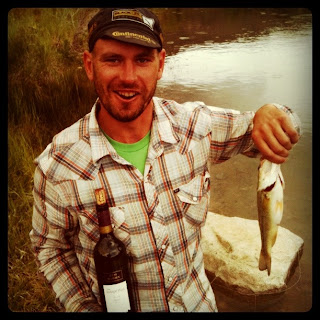 Gotta love Coach.  First time fishing a popper on the fly yesterday, in a downpour, with a bottle of syrah.  And he battles this lil' beauty.  Congrats house sharing man.
Posted by Crazy Uncle Larry at 8:37 PM No comments: 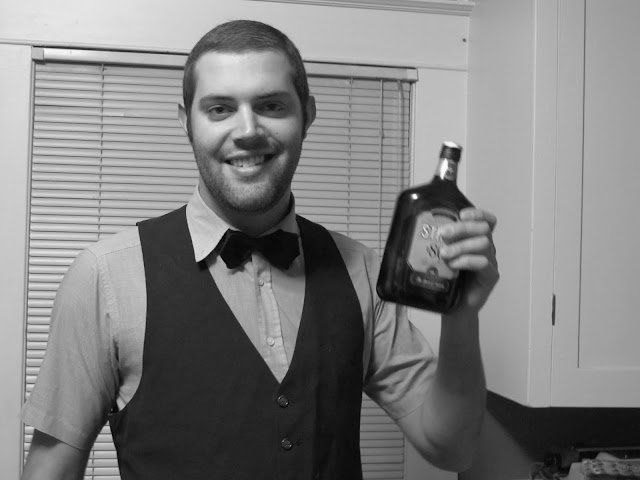 Spatchanko and I have had quite the relationship over the years.  So much so I don't remember much of it.  Mainly some broken objects scattered around town with the occasional random piece of property magically sitting in my living room when I come around in the morning.  The cover-tuck shame at first light waking up next to Night Beasts I would have never given the nod to.  Money gone from my wallet, a lot of it in fact.  Meeting the same people multiple times.  Remembering nothing.
It's a damn curse to be charming and persuasive. But that's not me.

Today happens to be the 4th anniversary of my bike ride across the country.  That also took 60 days.
The more I've thought about it, I haven't felt very challenged since August 5, 2007.
So here's to Sober Sixty Summer.
Why broadcast this to you all?  I need some accountability and there's no greater motivator then the "You can't, you won't." crowd.   So bring it on.
And if you see a few pics of booze and fishing, biking and such on this blog before August 5 - They ain't mine.
Posted by Crazy Uncle Larry at 8:04 PM 4 comments: 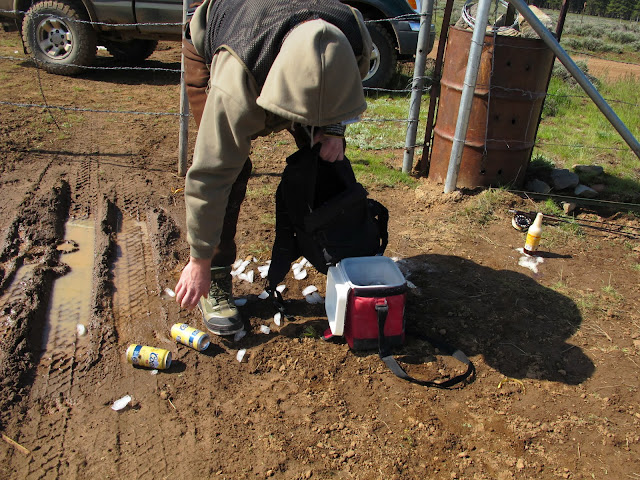 Way to almost mess the whole day up.  Rookie.  Take note that he not only jumped the fence with the open cooler on his back, he also sprayed that "Fancy Brown Ale" everywhere.
Posted by Crazy Uncle Larry at 8:07 PM 1 comment: