I wanted to complete my first published poetry book before my 29th birthday next week. I don't think it's going to be ready for a bit longer. But I thought I'd sample a few pieces in it.
Thanks.

He runs far and stays away on school nights
Grass stained knees and orange blood on a sleeve
The fields stare back at him from class
Teacher stuffing letters into the pockets of the good kids
Whose parents dote
He runs far and listens to the old timers
Spinning yarns on benches built by their fathers
Making light of the broken systems
That allowed the fishing to get so bad
He punches the boy from lunch that pokes his ribs
And scratches his eyes in a bloody fight
Banging skulls against the gymnasium door frame.
Teeth in knuckles and hair between teeth.
He ran to the riffle in old Jensens creek
To burn and drown the note home
That he wasn’t afraid to die.

In the meadow a cow has broken its leg.
She howls in the night like the moon is about to break.
The farmer cannot hear her.
He's drunk at the bar and my dogs begin to whine with the sound.
A cruel cacophony of the canine and bovine.
Dogs recanting urges buried since they joined us at the hunters fire.
The prickly hackles stand up as the coyotes circle and we can almost see them through their yelps and blithe laughter.
The dogs seem torn for a moment
Lost in the foray of their ancestors.
The silence takes hold and I'm alone by the fire.

I watched a siege of sandhill cranes
Saunter upon a reborn patch of the earth.
The deep tilling furrows cut back like black corduroy
The symmetry of modern man is an abomination.
Where sage once stood around the indians
Returning from the grinding mills high on the bluffs
Their paths were much more crooked than the cranes.
Left overs from the dinosaurs and the land before humans knew
Still stalking the meadows
Made in our image.

I'm starting a new scratching post, focused on birds and pups. Don't worry it's just as unreadable as this bullshit.

I've been in love with the same three things for most of my adult life: a tall blue eyed blonde who stole my heart, a cold beer at the end of any activity, and solitude. 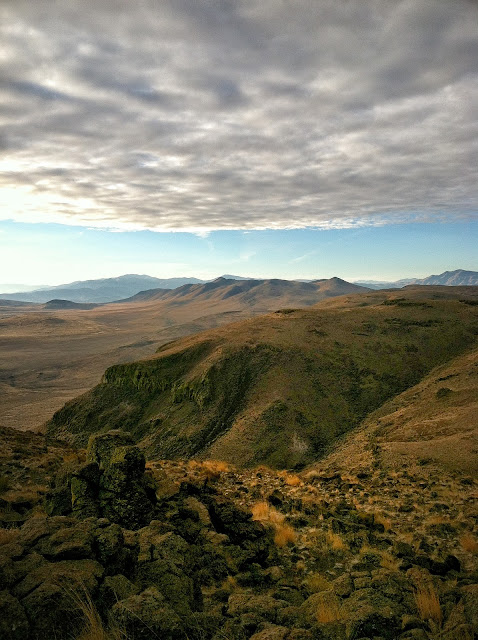 It's not as misanthropic in origin as I often lead myself to believe. I mean, I'm blogging about these solitary experiences for fucks sake. I think these solitary activities subconsciously speak for a part of our culture that's been losing its way for a long time - That wild roaming beast that surveyed the land with reverence and a sense of entitled humbleness has become that indoor cat always pressing against the street side window, shitting in a box and eating out of a box of shit.

I don't do these things for you. I do them because I fear becoming like you. A soft and tired puppy. 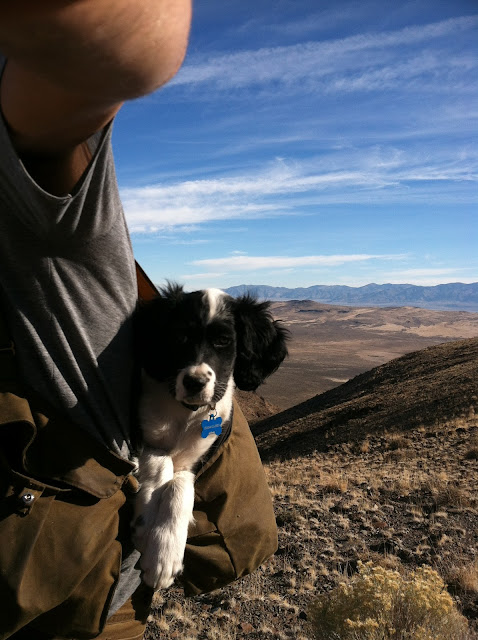 I wish I could only eat meat I've harvested myself.
Have you ever hunted, killed, and eaten a creature? Have you ever fed people you love with sore feet and a dirty shotgun? I love the feeling. It never gets old.
Sometimes you rely on your friends for dinner.
Hasenpfeffer, anyone? (thanks Jay) 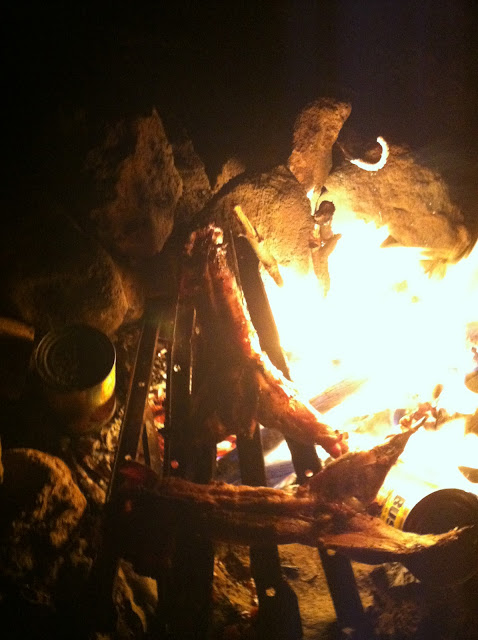 It's not for everybody. But if we had to draw straws after the apocalypse I'd make sure to become the hunter. 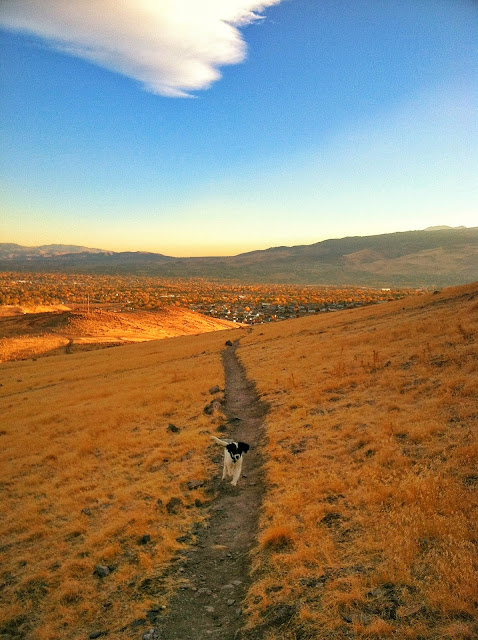 Posted by Crazy Uncle Larry at 6:12 PM No comments:

Being 6'5" is a mixed blessing. I know all the short people reading this will guffaw at the audacity of such a statement, but it's true.

Sure I can reach for things on the top shelf at the store without asking for help, but then I become everyones personal ladder (I'm looking at you old ladies in the motorized carts, drive a scissor lift already). I have to buy any bike frame I come across that fits me, because they come up about as often as Criss Angel has a non-douche moment. I'm sure I'd be an awesome point guard but I'm only talented from the waist down - which is a stretch to say the least (no pun intended) and I think basketball is the least manly sport in the universe.

I'm getting ahead of myself. (no pun intended)

I relish the feeling of being small. Insignificant. Scanty. Paltry. Perhaps this stems from my stature, perhaps it stems from constant ego checking. Probably a little bit of both. I love it when someone taller than myself walks into the room. I feel exempt from the freak perch. I love it when a small man pulls up next to me in his lifted truck while I sit on my bicycle seat, because we all get to laugh at him together.

I can't say why I've always been drawn to the mountains. I can't leave them and I have tried. When I was 19 I became deeply depressed while living in Texas and ended up driving 100 miles an hour to Reno while blasting At The Drive In, smoking joints and pounding Red Bulls. Partly because of a girl, mostly because I was sick of feeling like a lightning rod in the lowlands.

Nevada has more mountain ranges than any other state. It's why I live here. It's like being coddled by the most jealous and evil bitches you can imagine.

Here is an account of a multi-day mountain bike trip my dear friend Jesse and I had in one of these mountain ranges. 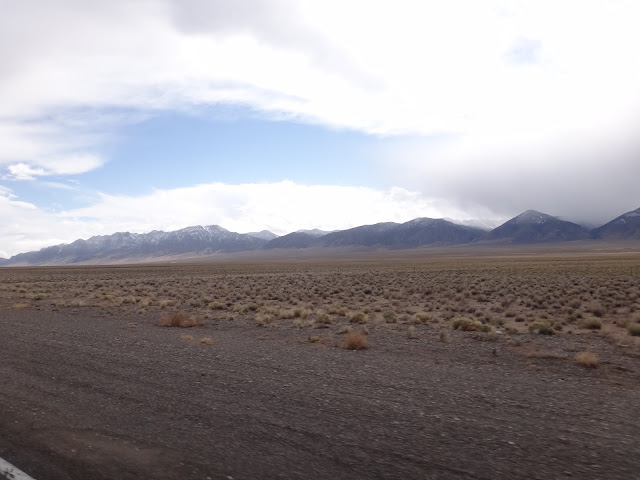 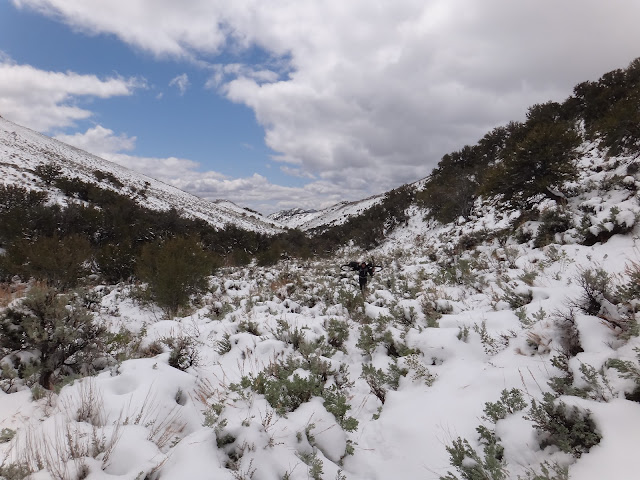 (INSERT PICTURE WHERE WE SHOULD HAVE BROUGHT A MACHETE) 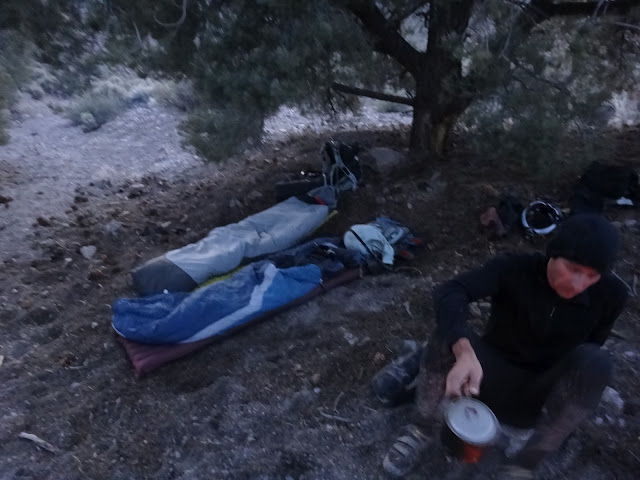 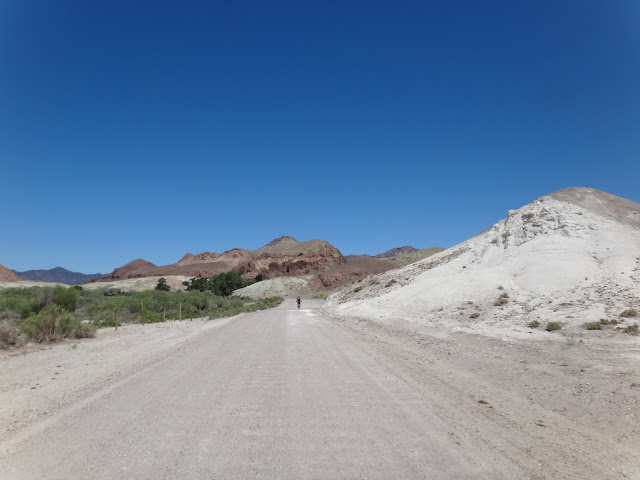 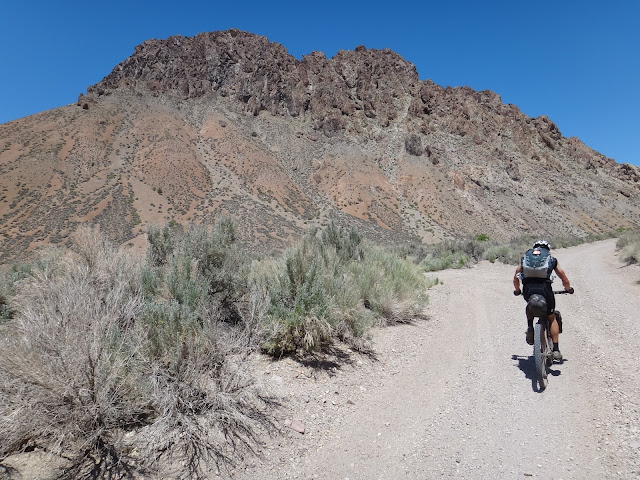