Your most trusted chukar buddy mumbled about it over a few pints of Icky. Saw a good grip of birds on his failed muley trip this fall. His reminiscent mind still fixated on blowing a prime shot on a wall hanger. More pints consumed. Plans hatched. Leave work early on Friday. Truck loaded. Dogs spazzed - they always know, sometimes before you do.

The long drives to the unknown reaches of the basin are always filled with great conversation - catching up, calling out, giving shit, taking shit, and usually an all around social health check up on your best friends. Found out one of mine is getting married. Poor bastard.

Camp is a mild affair. No wall tent, just the back of the truck with a damn good bag and a heavy tarp.

First light allows you the first sizing up. Those hills stare back and never blink.

Glassing the hills in October will not prepare you for climbing them in January. Lots of vertical. Lots of dog carrying. Should have brought climbing shoes. We're both young men in great shape, but this country has a way of humbling anyone.

After a few slices of humble pie, we were satisfied in our curiosity.

It's a fine itch to scratch. 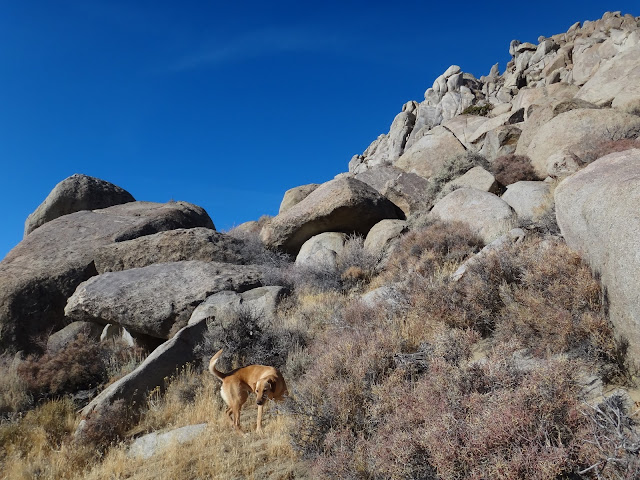 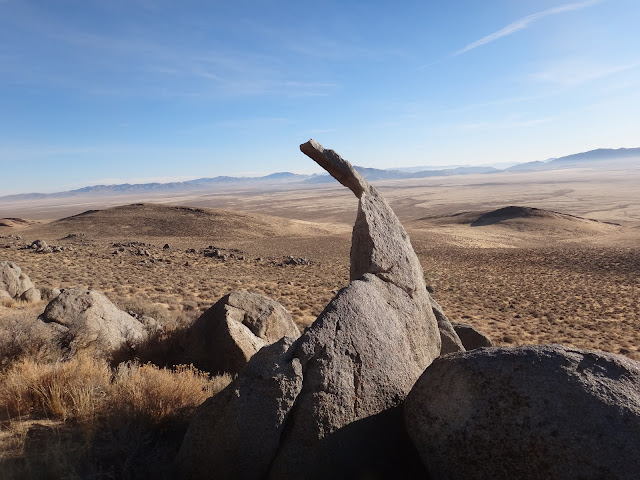 The Great Basin has a hold on me. I'm proud to enjoy its desolate bounty. 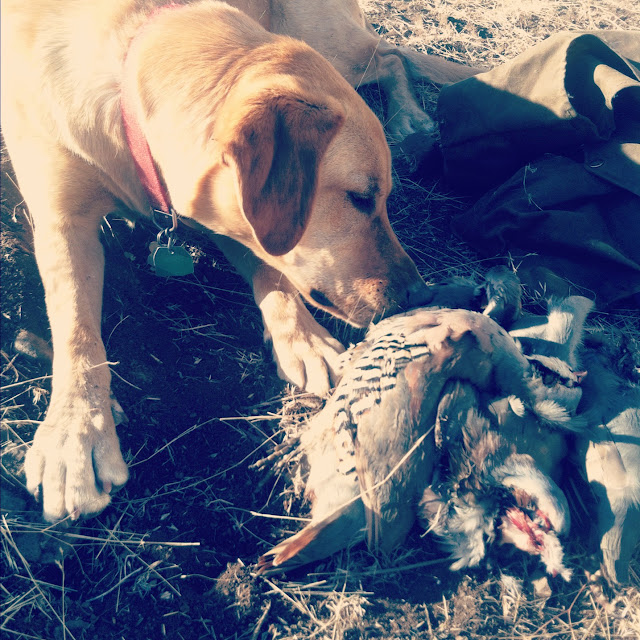 Posted by Crazy Uncle Larry at 5:04 PM No comments: