I'm sitting in my cousins apartment in San Diego, attempting to reflect on the past two weeks, but I'm distracted. The landscapers go about the edges between concrete and non-native grasses, the man across the way has the television on Fox news and it's so loud I can hear the words on the ticker at the bottom of the screen, the neighbors eye me and my appearance is a bit too disheveled for their tastes. The perception of reality is a funny thing, at best.

I have resumed my life's ambition (thus far) to cycle to the End of the Earth in Tierra Del Fuego, Argentina. I left from my parents house in Sattley, California where I plunged over the Sierras on a long, rain soaked October 10th. To be back on the road is a relief I still don't have words for, so a satisfied smile will need to suffice. I have been agonizing and driving myself mad since July 3, 2010, when I had a freak fall from my bike and was forced to face reality and come home after only a few days. That wound is slowly closing, yet still nagging as to not forget how easy it can all disappear.
It feels more comfortable living this way again with every pedal stroke south.

I am not 23 anymore. I always used to laugh when the doctors told me skateboarding and snowboarding would catch up to me later in life. I have discovered ibuprofen is your friend and that I need to move a little slower with a loaded bike. Not that it's a bad thing, it's good to be forced to slow down and enjoy what's around you a bit more thoroughly.

To tell you the truth, the past two weeks through California have felt more like a vacation than an adventure so far. The adventure highlights include a three legged half tailed raccoon who was trying to pull a candy bar from my pillow, having to ride about 10 miles down the I-5 because it's safer than not wearing a helmet on a military base, riding through South Central LA and Compton in a full spandex roadie kit, and bombing down the Yuba pass in a sleet storm.

I have had the pleasure of visiting with so many old friends, and making a lot of new ones along the way.

Things are about to become very real. 22.3 miles to the south of where I sit is the border of the United States and Mexico.  I'm spending a few days in San Diego just to make sure I have everything that I need before I plunge over the border.
I am excited, to say the least, that this imaginary line that has been looming in the back of my mind is about to manifest itself in forms I have no control over, in foreign tongues and customs familiar and distant all the same time.
Vacation's over. Put your head down, grind it out, and smile.﻿﻿
Posted by Crazy Uncle Larry at 12:52 PM 1 comment:

Round 2.  I've dreamed about redemption for my most epic life fail since it happened in Alaska 15 months  ago. My bike is packed, my head is spinning, my body is about to get worked into Greek status once again.

Let's get out of Dodge. You're more than welcome to follow along with me, right here on this blog.

I'm gonna try to keep the rubber side down this time.

Some good words to fit my mood.

Possibly the best one in my short career.  It looked like a Hitchcock film out there.  Nevada is in for it this year.  Go to the spots you recognize on the photos at the hunting conglomerates Glory Walls.  Tomorrow it's rubber to the road.  See you next year, you tasty bitches. 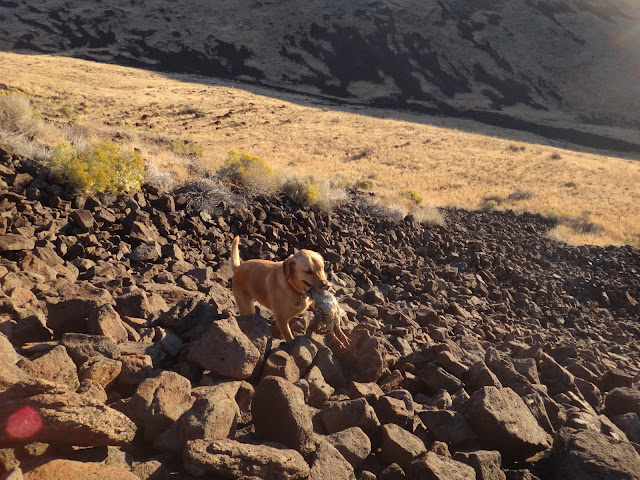 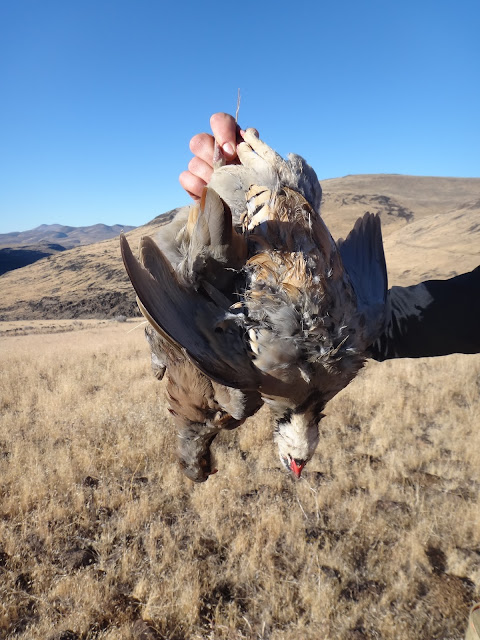 Posted by Crazy Uncle Larry at 7:39 PM No comments:

Because I'm not swimming through brush so thick even the dog has to exhale to get through it to find the bird that I stupidly dropped there.
Thanks Rosie. I owe you another one.
The grouse are on to you, noisy breather.

I am spoiled as hell to be able to walk out the back door of my folks house and run into 3 different kinds of wild upland birds in less than an hour, as well as all the waterfowl, deer, and all of it is centered on a fantastic brown trout stream.

Posted by Crazy Uncle Larry at 4:42 PM No comments:

I love the Truckee.

I learned to fly fish here, and mastered the art of avoiding people on its sometimes crowded banks.  I met one of my best friends in the world fishing it, the dude above.  I had no wading boots at the time, just trodding along on a snowy New Years Eve in some Vans skate shoes I had in the back of my truck when I ran into this dude.  We hit it off and he sold me some cheap ass boots at the shop a few days later.  I also stuck my first fish on a dry fly I had tied myself that day, a fly that I just realized is still stuck in the visor of my truck - which I sold two days ago.
It was a good last day on the water with the Gil. We didn't bring down the house, but we did have a great time and came up with another series of inside jokes that only get more hilarious as we get balder, fat, and increasingly ugly.

See you in April, ye ole beast.  Keep the runoff away for at least a day so I can get tugs. 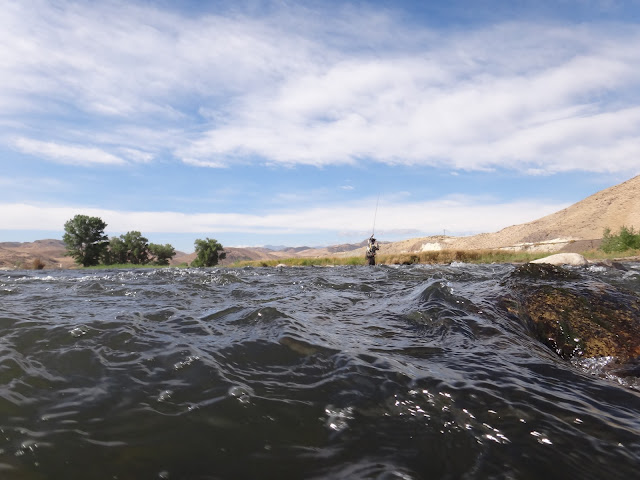